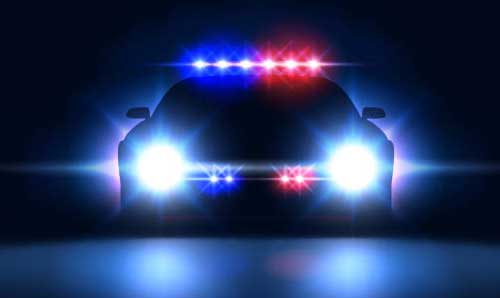 My Barbershop pals always enjoyed a story of my encounters with the police while driving home from practice. This wasn’t your usual Tuesday night practice but a good cop story just the same.

While driving along, late one night,
We happened upon an enticing sight.
A sleek two-door passed us by,
It raced ahead; he wasn’t shy.
The light turned red and we both stopped,
The light turned green and away I hopped!
I sped ahead to change my lane,
Sadly though, it was all in vain.
The car I beat was just a tease,
The Trooper said, “Your papers please.“

Spoiler Alert: Arrested for DUI; copied this to my public defender; charges dropped.

Contents show
1 Arrested for DUI
1.1 Tar & Feathered
2 In My Defense
2.1 State Trooper’s Lack of Judgement
2.2 Preliminary Hearing
2.3 My Day in Court
2.4 Cost of Bad Judgement
3 Be Careful Out There

1.      Admittedly I suffered a lack of judgement when I mistakenly believed the kid in the car next to me was some punk in a new Dodge Challenger his mommy & daddy had just bought him. In my own defense, his aggressive driving persuaded me to feel this way. Tailgating, passing on the right, speeding…

2.      The trooper’s judgement is questionable for stopping me to begin with. He thought I was cutting him off but why was he tailgating me?  Isn’t it common courtesy to slow down when someone in front of you turns on their blinker to change lanes?

3.      The trooper’s judgement is in question when he accused me of smelling like alcohol. If he did smell alcohol, it would have been on my passenger’s breath when she leaned over to talk to him.

4. The trooper’s judgement is in question when he watched me walk back to his car. In his mind I believe he already thought I was drunk, not giving any consideration to my disability. According to the trooper’s affidavit he observed “visible indicators of impairment.”

Really? Ask my wife how many times people have asked her about my “visible indicators of impairment!”

5. I question the trooper’s training in administering the “follow my finger test.” Did his training include how a person would respond if they were diagnosed with a degenerative neurological disorder that weakens all of their muscles, including the eyes? I’m guessing not. His interpretation of this “test” is a failure in judgement, even if due to inadequate training.

6.      The trooper’s judgement is certainly in question when he failed to request my consent on taking the Breathalyzer test. Instead, he threatened me with immediate arrest and a fine of $1,000 if I refused.  I strongly take exception to this error in judgement.

7.      The most egregious lack of judgment is when the trooper handed my intoxicated wife the keys to our car. What was he thinking? Why wasn’t he concerned for her safety? Because of his compromised judgement, the trooper should be the one charged with “careless disregard for the safety of persons or property.” He should be the one charged with “reckless endangerment.

Every reason stated by the state trooper in his affidavit for why he arrested me was a fabrication! He exercised poor judgement and is surely not legally competent evidence. I request dismissal of all the charges put forth against me.

I gave a copy of the above account to my Public Defender. He asked me to give him a minute and left me to go talk to the judge.

Upon his return he said she said if I plead guilty to “not obeying traffic lanes” the court would drop the three (3) separate charges of driving under the influence (DUI). Oh, and I had to pass a drug and alcohol evaluation to prove I wasn’t at risk for more offenses!

My Day in Court

My hearing was Friday 2/5/21 but due to COVID19 restrictions, I faced the judge via a Zoom meeting! I took the plea and was charged with not obeying traffic lanes ($25) and careless driving ($25). The DUI charges were withdrawn!

Restitution? At least I am happy because otherwise I’d be facing thousands of dollars in penalties and a heap more of unwanted trouble.

Be Careful Out There

Thank you for visiting bayliss.com.