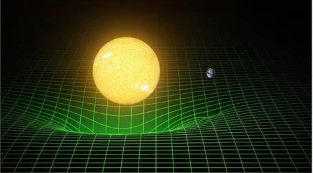 I’ve had Deja Vue before but in recent history, this phenom has left me with a lot of questions. Are disruptions in space & time real? Below are my recent experiences from within the past few months.

A Blip in Space & Time

It’s a beautiful sunny day with a light, delightful breeze and I’m sitting on the back porch. The porch is right at the end of our long driveway. It’s about 4 pm and I’m enjoying the sunlight on my face, relaxing with the dog who is also enjoying the restful afternoon.

My back is to the road when I hear my wife pulling up the driveway arriving home from work. Our dog jumps up and peers through the railings, her tail wagging and butt wriggling in anticipation of greeting her mama.

What seems like a couple of minutes pass and the dog is calmed back down with no sign of my wife. I sit up to turn around and see what might be happening and why she is taking so long to get out of the car.

I am shocked and disturbed that there is no car in the driveway! I’m literally thinking what the hell, something weird is going on here.

Then all of a sudden as I’m still peering down the empty driveway, there is my wife arriving home, pulling her car in, and driving up to stop in her usual spot.

A Disruption in Space & Time

Was this some kind of disruption in space and time? The dog is super excited but I can’t help but wonder what just happened. Was this some sort of premonition? How did the dog have the same “vision”?

It seems like time rewound itself for a few minutes and hit replay!

This vivid memory still haunts me. If this really happened can my brain do it again? Reversing or stopping time is apparently nothing new:
https://www.josephprince.com/sermon-notes/god-can-reverse-time-for-you#

A typical Wednesday unfolds while sitting again at our favorite haunt, and I use the term haunt here loosely. Michelle is sitting on my left when a young man comes in and sits on my right. He is at the corner of the bar so it’s actually easy to talk since we are kind of facing each other.

Typical small talk; he just got off work, nice weather, kids. He makes a remark about how nice the place looks as he hasn’t been there since the owners remolded over a year ago. I said we like it here a lot but as relative newcomers, we didn’t see the place before the remodel. Note the owners remodeled while shut down in 2020 due to the Covid crisis. He re-affirmed how much nicer the place was but noted that the bathrooms were still oddly small.

I asked about his kids and he mentioned how proud he was of them. His eldest 17-year-old was able to save money and bought his own first car. He noticed nearly all of the tables were reserved and I informed him that Wednesdays were steak nights with live entertainment. We talked a bit more and he paid his bill and left.

Is Post-Deja Vue a Thing?

A day later I had a realization that the conversation this young man had with me previously happened. A very strong memory where I picture the exact same person, the same conversation, the same everything. His description of his son seems to be the trigger for my “memory.”

A 30-minute rerun of the exact same encounter!

I wonder if he was/is a ghost who returns to the bar occasionally. Weird though because others saw him too -or at least I think they did!

It seems so real I have to further explore the phenomenon. At least one person had a similar experience:
https://www.reddit.com/r/Soulnexus/comments/9azqja/deja_vu_after_the_fact/

It’s “Open Mic Night” hosted each week by a different local artist. We like coming here on Sundays to hear the local talent of singer-songwriters but is this place subject to Disruptions in Space & Time?

It’s around 6 PM and a couple of artists have already performed, including me. A girl performer comes in and sits at a table between us and the stage. She is a relative newcomer who has only performed here once or twice but I remember her because she previously did a rendition of “What’s Up,” the song I wrote the parody to. She also has a great voice and plays the guitar really well.

I notice she is suddenly under the table looking like she is trying to put something under the table leg to keep it from wobbling or maybe she dropped something. I can’t be sure because it is relatively dark inside but in stark contrast, I notice her boots are sparking with all these points of light!

It’s an odd scene, to say the least. When she’s back in her chair I can’t help but go over to her to ask what’s going on.

By now her friend is looking at me like WTF dude so I mention I liked her singing the last time she was here and that I looked forward to her singing again. Back at my table with Michelle and friends, we enjoyed the evening until we eventually headed home.

It was the next day (yesterday actually) when I suddenly knew beyond the shadow of a doubt the same exact 10 minutes was a literal and utter repeat of the same incident. The vision of her crawling under the table, noticing the boots, the conversation, and the friend is a completely mirrored encounter.

Is my brain having a meltdown?

This is more intriguing because it happened in the same place described in the “Ghostly Visitation.”

Here is an article if you’re interested in learning more.
https://www.guardian-angel-reading.com/blog-of-the-angels/premonition/

Thank you for visiting bayliss.com have a great day!