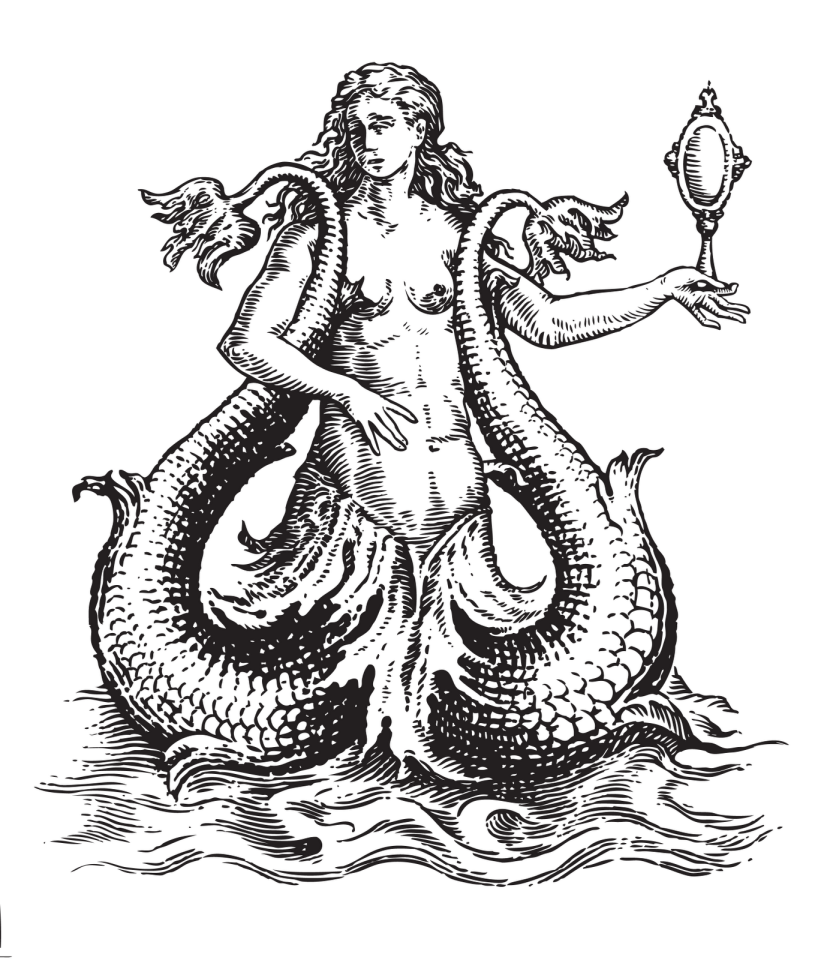 Here is an informative speech I presented at a Toastmasters’ meeting on the history of the Starbucks logo.

History of the Starbucks Logo

The Starbucks logo is widely regarded as one of the most popular logos in history and has won several prestigious design awards.

But who is this lady with the wavy hair? What does she stand for?  To answer this question we must understand where the name Starbucks came from.

In keeping the desire to honor Seattle’s seafaring history, an early creative partner dug through some old marine archives until he found an image of a siren from a 15th or 16th century Nordic woodcut. She was perfect -or though he thought!

So there you have it:  the original Starbucks logo was designed to reflect the seductive imagery of the sea. Doesn’t she just scream “Buy my coffee”?

Based on the newly found woodcut, the 1st logo featured a mythical two-tailed mermaid figure in a coffee brown color palette. The design was intended to symbolize the overpoweringly attractive and seductive quality of the coffee.

Conspiracy theorists had a field day with the cryptic image. Anti-Semitic groups have claimed that the crowned maiden is the biblical Queen Esther, proving that Starbucks is behind various Zionist plots. Others see parallels to Illuminati imagery. The real story is less about evil conspiracies and more about graphic design.

When Starbucks was acquired by a new owner in 1987, the logo underwent a series of alterations to adjust to a new corporate image.

The bare breasts were covered up by the mermaid’s flowing hair and the green color was introduced to imply the growth, freshness, uniqueness and prosperity of the rapidly developing brand but shockingly her navel was still present.

The Starbucks logo underwent another overhaul in 1992, when the image of the mermaid was given a close-up view. Her navel disappeared from the design and only a part of her double-tail is visible.

At this point, without knowing the Starbucks logo history, it could be hard to know what the logo even represents.

The current version of the Starbucks logo was unveiled in 2011, as part of the company’s 40th anniversary.

This controversial “wordless” design removed the outer circle that featured the “Starbucks Coffee” brand name, while enlarging the Siren even further and using only one color: Green.  It received harsh criticism from design experts and popular audiences alike but remains one of the most recognizable logos in the world.

Still headquartered in Seattle, it is now the world’s largest coffeehouse chain, with approximately 20,891 stores in 62 countries across the globe.

No new logo for Starbucks 50th anniversary. I guess if something works don’t fix it!

*Sketch of Starbuck and Ahab https://www.deviantart.com/kathyrose/art/Moby-Dick-1956-Starbuck-and-Ahab-327686124